Acknowledging the urgency for climate action

Transition Pathway
to a Cleaner Future

White natural hydrogen has an incredible potential for decarbonizing the economy.

Technology Enhanced Transition (TET) will continue to deliver profitable, clean, customized solutions in oil and in addition it will focus on new clean energy sources such as renewable white natural hydrogen.

We Cannot Ignore These Two Facts

Public and private sectors around the world will have to deal with today’s environmental realities and inject a sense of urgency into the energy transition.

Is It Possible to Balance Returns
and Have a Positive Impact on the Environment? 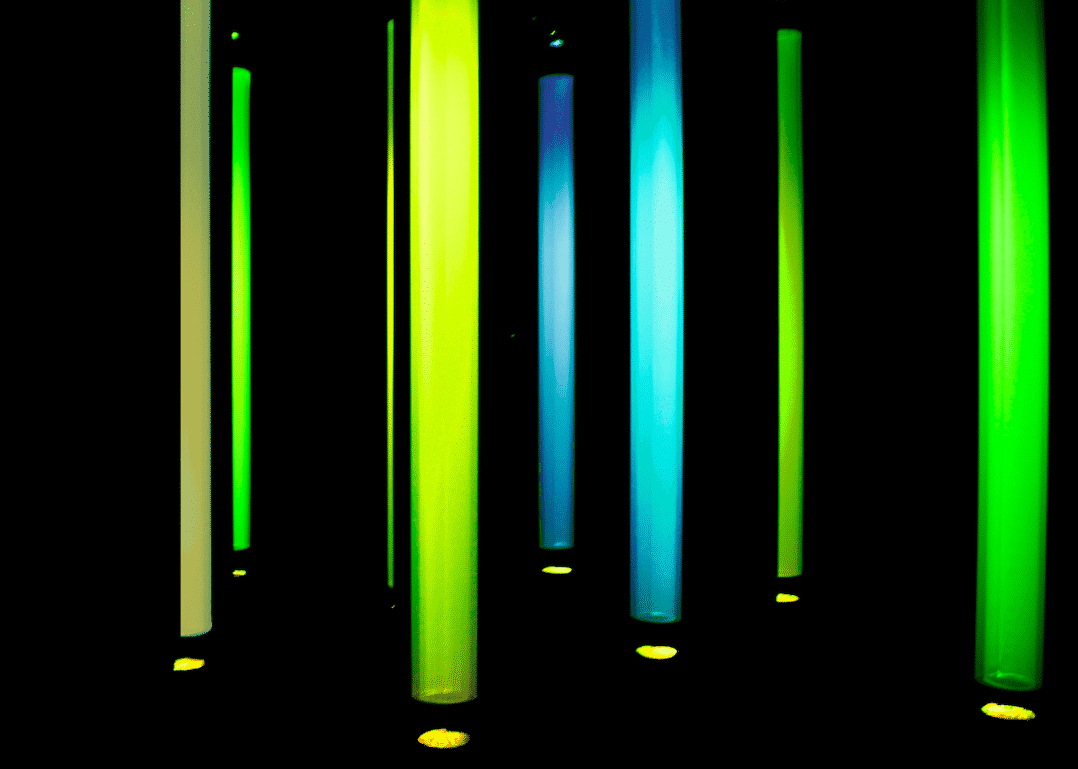 Scalability and repeatability of TEO’s technologies and processes have been demonstrated through the operations in Texas.

There has been a constant focus on economic efficiency in both reactivations and technology works from the operations team, leading to a general improvement of economics for such jobs, similar to the remarkable improvement seen in recurring LOE. The refinement in the process for targeting assets for technology works, combined with increased experience and more efficient new technologies, improved the economic and environmental performance of those jobs.

Capitalizing on TEO’s successes in the oil industry, TET will expand the remit and develop environmentally impact-positive businesses in renewable white natural hydrogen.

With hundreds of new technologies available, TET’s inherited competitive advantage is a successful track-record in assessing and implementing the successful ones.

With hundreds of new technologies available, TET’s inherited competitive advantage is a successful track-record in assessing and implementing the successful ones.

TEO has been rated as environment-investable in the same category as solar or PV or wind, by MJ Hudson, a leading environment footprint advisor.

With a low correlation to traditional asset classes, TET is a valuable risk diversifier. It will benefit from the proven and repeatable track record of TEO’s technologies with the additional remit, and access to specialized expertise, to implement the optimal combination of new clean technologies. TET will provide the best customized solution including responsible oil and renewable white natural hydrogen.

Using non-toxic chemicals, TET will continue to produce oil for non-fuel use, such as agri-farming, specialty lubricants and the pharmaceutical industry.

Increasing Our Industry Footprint to Leverage Our Cleantech Expertise

TET stands on two main pillars, which will result in an even more efficient energy transition strategy to a cleaner future. Additionally, TET is looking into licensing hydrocarbon reforming technology.

Transformation of uneconomic or nonproducing oil wells into sources of clean energy, by adapting them for in-situ hydrocarbon reforming into hydrogen

TET will continue to drive the improvement of the eco responsibility, best practices and footprint of the oil and energy production industry globally.

At the forefront of transparent reporting: TET is already compliant with aspects of SFDR (Sustainable Finance Disclosure Regulation) that is to be adopted by UK and global asset managers by December 2021.

From Investors to Fields

A tangible, measurable, accountable impact investment. An active piece of the transition solution.

A tangible, measurable, accountable impact investment. An active piece of the transition solution

…just as precious as energy.

Roads To a Better World Are Not Straight

From the fields to investors,
we are building a straight ESG Line:
We analyse. We simplify. We materialize.

TET is part of Beam Earth

A clean technology-centric ecosystem that provides funding for environmentally-aligned businesses and services across the investment themes of clean energy, sustainability and financial innovation.
With a cutting-edge, solutions-based mindset, together with ensuring transparent stewardship of our business interests, we seek to solve tomorrow’s problems today.

Roads To a Better World
Are Not Straight

From the fields to investors, we are building a straight ESG Line: we analyse. we simplify. we materialize.

TET is part of Beam Earth

A clean technology-centric ecosystem, that provides funding for environmentally-aligned businesses and services across the investment themes of clean energy, sustainability and financial innovation.
With a cutting edge, solutions-based mindset, together with ensuring transparent stewardship of our business interests, we seek to solve tomorrow’s problems today.

Beyond responsible production of oil, we have been investigating clean transition-related business opportunities that will have a positive social impact on the environment and where our experience and infrastructure will add value. Besides renewable white natural hydrogen, we are in the process of evaluating other sufficiently mature investment targets of emerging businesses.

Renewable White Hydrogen is our best chance to lower the global greenhouse effect. It burns cleanly, leaving only water behind. It has many potential uses, such as feedstock, fertilizer, fuel or as an energy carrier. It is versatile in production and consumption, offering variety in clean production pathways and flexibility in supply chains.

Flows of Renewable White Hydrogen have been documented throughout the world, primarily above deep continental crusts, for example in Central Africa, Russia, Brazil and the US.

TET is ready to rise to the challenge of Renewable White Hydrogen extraction by leveraging its proven experience in responsible and economical oil and gas technologies implementation to become a leading, successful and profitable operator for natural hydrogen fields. 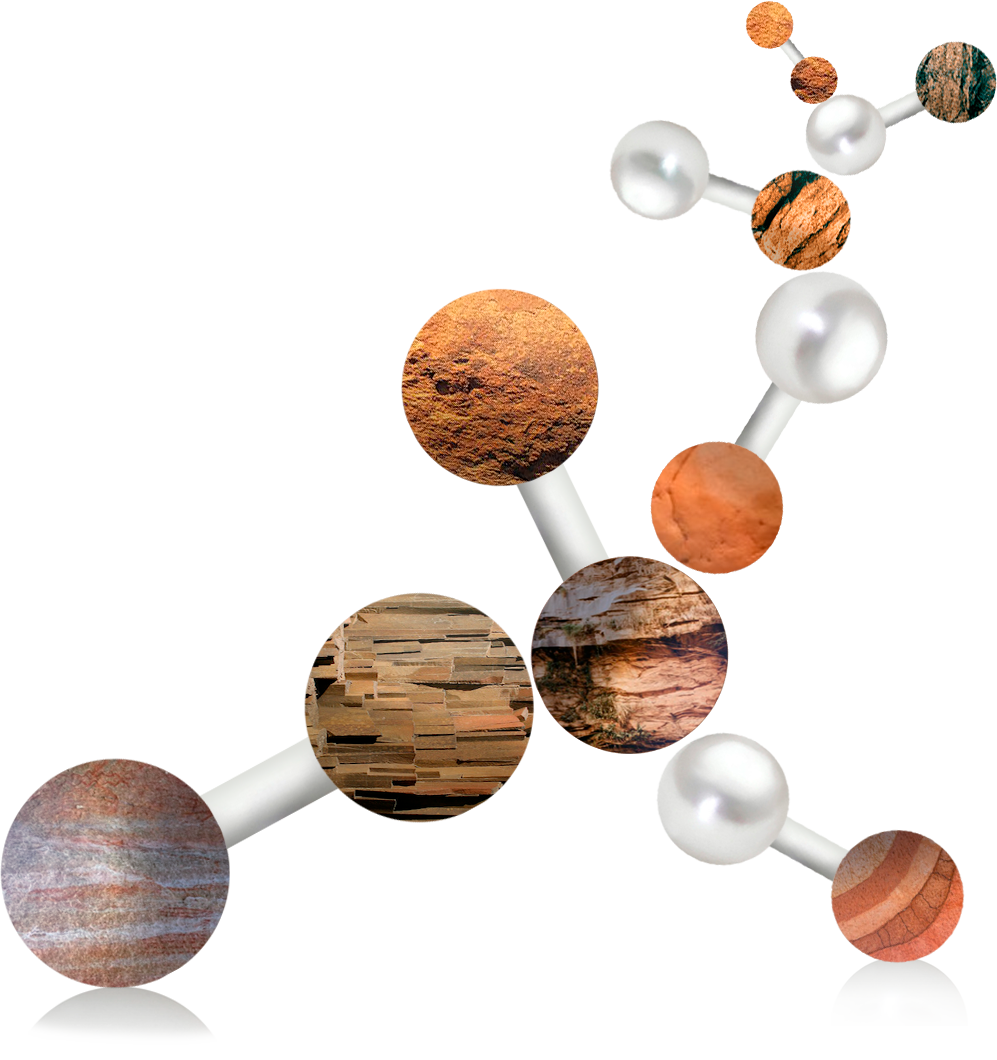 We are constantly screening potential investments that could fulfill our clean energy transition selection criteria. We believe there will be more emerging opportunities that we can capitalize.

Stéphane co-founded Beam in 2015. With 30+ years’ experience, he is an expert in natural resources and green disruptive technologies. Engineer from Ecole Centrale Paris, Stéphane was CIO at Société Générale Asset Management and a consultant with Elliott Advisors.

MARC SAMUEL
Chairman of the Board

Pierre co-founded Beam in 2015. With 20+ years’ experience, he is a geologist and expert in oil production enhancement technologies and has brought several technologies to American oilfields from countries such as Russia and the Ukraine. Pierre is managing director at Vulcain and has founded a number of companies. Engineer Ecole des Mines de Paris.

Paul co-founded Avida International in 2007, where he is chief executive officer. With 30+ years’ experience, he is an expert in sustainability and renewable energy, gas and power sector. Previously, he was a senior executive at Royal Dutch Shell and Shell Pensions, and president of the Tomas More Foundation.

Michael is also head of business development for TET. With 20+ years’ experience in pension fund consulting and business development, he is an expert at communicating complex investment concepts and solutions to institutional investors. Michael has worked at bFinance, and held senior global roles in alternatives at Amundi Alternative Investment Management and Aberdeen Asset Management, amongst others.

Eric is director of business development – land. With 14+ years’ experience, he is an expert in managing all land-related aspects of oil and gas development with expertise in unconventional, conventional and enhanced oil recovery.  He has worked for Denbury Resources, Land Star Dale Resources.

Adam is responsible for business development and corporate growth. With 25+ years’ experience, he is an expert at increasing existing oil and gas production and reducing costs of operation. He has worked at Enverus, Paradigm and Objective Reservoir.

Leying is finance director. With 25+ years’ experience, she is an expert in accounting/reporting for both public and private companies. Leying has spent 11 years as corporate controller at various publicly traded oil and gas companies, including Rooster Energy, GeoMet, Key Energy Services and Dynegy.

Mikael is a board member of IEO and Beam. With 30+ years’ experience, he is an expert in structured trading and project management. Mikael heads physical trading at Audentia Global and has worked for OK Petroleum, Elf Aquitaine, Total Oil Trading and LITASCO.

Tim is a senior production engineer. With 38+ years’ experience, he is a Permian Basin expert. A mechanical engineer, Tim has worked in production facilities and engineering; well stimulation; re-entry and repair; operations management; and field-testing technologies for Amoco, Altura, Oxy, Whiting Petroleum and Trinity.

Robert is responsible for strategic acquisitions, disposals and financial transactions. With many years’ experience, he has been a former director of Anzon Energy, Roc Oil Company and Australian oil and gas companies. Robert was previously CEO of Bernard Arnault Group (LVMH) and a main shareholder and CEO of Talis.

•  No issuance of other more preferred intruments

•  First tranche closed
•  Conversion at or before six year term (2028)
•  Bonds will be converted into direct ownership of TET (80% to Bondholders and 20% to Beam Earth Inc.)